Share a memory
Obituary & Services
Tribute Wall
Read more about the life story of Barbara and share your memory.

Barbara Jean Glasford, 89, of Newton died on Monday, January 16, 2023, at Newton Health Care Center. A memorial service will be held at 1:00 p.m., Friday, January 27, at the Wallace Family Funeral Home and Crematory. The family will greet friends from 11:00 a.m. until the time of service with a lunch at the funeral home.  Memorials to St. Jude Children’s Hospital may be left at the funeral home.

Barbara, the daughter of John and Edith (Terrell) Reed, was born on June 20, 1933 in Oskaloosa.  She spent most of her childhood living between Aurora, Illinois and Albia, Iowa. In 1951, Barbara graduated from Albia High School. On May 20, 1955, Barbara was united in marriage with Robert Glasford in Albia. Robert and Barbara lived in many locations following Robert’s career in education. Those places include, Albia, Maryville, Missouri, Chariton, Dunkerton, Leon, and Stanton, before making their home in Newton for several years.  During that time Barbara worked at Safeway and for Newton Manufacturing. They then left and lived in Barnum, Lone Tree, and Memphis, Missouri prior to making Newton their final home in 1991. Upon returning, Barbara worked at Mid-Iowa Savings Bank.

Barbara loved Christmas and had a side business wrapping presents for people, some years she would wrap over 1000 gifts.  She also enjoyed playing Bridge and going to and having garage sales. Barbara’s other interests include coloring, audio books, and going to Il Divo concerts.

To send flowers to the family or plant a tree in memory of Barbara Jean (Reed) Glasford, please visit our floral store. 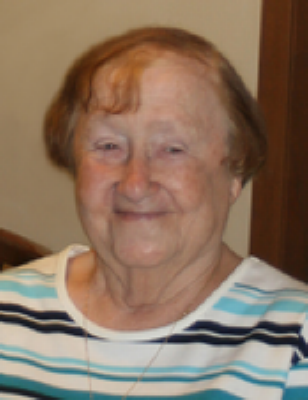