Share a memory
Obituary & Services
Tribute Wall
Read more about the life story of Joann and share your memory.

A celebration of Joann’s life will be held at 11 a.m., Saturday, January 14, 2023, at the Wallace Family Funeral Home and Crematory in Newton.  Memorial to the Animal Rescue League of Iowa can be left at the funeral home.

Joann, the daughter of Joseph J. and Edna Ruth (Woodyard) Gorgas, was born June 18, 1932, in Newton. She graduated from Newton High School in 1950. She was united in marriage with Edwin H. Smith on June 30, 1951, in Newton. Joann worked in the hot lunch program for the Newton Community Schools for 43 years, retiring in 1999.  She later worked at the Maytag Dairy Farm for several years. Joann strongly believed in helping others in any way she could, whether by supporting a charity, rescuing an animal, or by helping someone she saw who was in need—whether she knew them or not.  Joann was also dedicated to caring for her family and could always be counted on to help with any project they had, even doing farm work. She was very particular about her lawn, always making sure the landscaping was in perfect order. She was an excellent cook and was famous for her pies. Joann also enjoyed vegetable gardening and canning.

To send flowers to the family or plant a tree in memory of Joann L. (Woodyard) Smith, please visit our floral store. 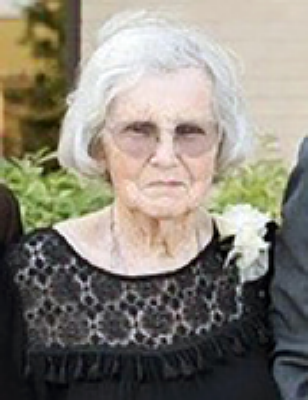