Share a memory
Obituary & Services
Tribute Wall
Read more about the life story of Marian and share your memory.

Marian Ruth Ponder passed away peacefully at Newton Village on November 9, 2022 at the age of 90.  Marian was born July 12, 1932 at the Allen Memorial Hospital in Waterloo, Iowa to Lee and Leone Rigdon of Dunkerton, Iowa.  Growing up on a farm east of town she and her three brothers had the typical midwestern childhood.  Marian did excel at academics and ended up graduating high school early at age 16.  That allowed her to also graduate at only 19 years of age from Iowa State Teachers College (now University of Northern Iowa) in 1952 graduating top in the math department and winning the “Purple & Old Gold Award,” the highest award given by the college.  Marian’s roommate Wanda Ponder had a hand at match maker introducing Marian to her brother Glen.  The two ultimately tied the knot on June 28, 1953 at the Methodist Student Chapel in Cedar Falls.  They celebrated their 66th anniversary in 2019 before the passing of Glen the following February.

Marian began her teaching career with one year in Anamosa before marriage and then teaching at Monroe High School (where she set up their new chemistry courses) and finally Newton in 1956.  She obtained her Masters of Science degree in Education from Drake University in 1960 and later enhanced her credentials by adding another 45 credit hours over the years from multiple institutions.  In the mid-seventies Marian even decided to take ground school to pilot single engine airplanes in which she performed numerous take offs and landings but thought it too expense to get a license.  The majority of her career she taught advanced algebra and formal geometry at Newton Senior High School.  Marian also served as chief statistician for the local teacher’s union helping to “crunch” the numbers, sometimes leading to some “all-nighters” to help get the best deal!  She retired from teaching in 1992 just before her 60th birthday.

Marian traveled extensively.  She made over 100 trips with various family members and friends to places in the United States (each state at least three times over, including Hawaii and Alaska) and over forty countries around the world.  Traveling was one of her greatest joys which she passed on to her sons.

Marian was a longtime member of the Delta Kappa Gamma International Society, a professional society of women educators, from 1958 to the present.  She held many leadership positions including the Iowa State Chapter Treasurer for over 25 years and internationally was on their Board of Trustees and chaired other committees.  Always active both before and after retirement, she was a volunteer at Jasper County Historical Museum and the Skiff Medical Center gift shop.  She was a very active member of the Community Heights Alliance Church and served for over 15 years as Superintendent of Sunday School and various other church committees.  Her generosity not only aided the church, but Iowa Public television, numerous charities; local and national, University of Northern Iowa scholarship in her name, and education closer to home.  On the birth of her first grandchild, she proclaimed that she was paying for each of her grandkids college degree-and she did!

Marian and Glen lived in five homes over the 66 years together.  The newlyweds rented a house north of Monroe until their first house was built on 15th Street in Newton.  To give the three sons their own bedroom and less of a walk to school they moved to the house on 17th Street North.  Retirement dreams motivated Glen and Marian to build their third house on two acres northwest of town on Highway F36 W in 1989.  Eventually they moved into Newton Village senior living facility in 2014.  Although they ultimately had separate rooms, Marian and Glen would eat most meals in the cafeteria together and hang out, usually in Glen’s room, for hours on end.  Marian spent joyful time doing jigsaw puzzles, playing solitaire, and doing word search magazines.  Both lived at Newton Village for many years and were adored by other residents and staff alike and will be missed.

Marian is survived by her three children: Dwight (LeAnn), David, and Dean (Myla), four grandchildren: Sara, Jason, Stacia, and Caitlan, and several nieces and nephews.  She was preceded in death by her parents, her husband, and three brothers.

Funeral services for Marian, and also honoring Glen, will be held Saturday, November 19, 2022 at 11AM. The family will greet friends from 10 AM until the time of service at the Wallace Family Funeral Home and Crematory, 1115 E. 19th Street N., Newton.

Memorial contributions may be made to the Alzheimer’s Association.

To send flowers to the family or plant a tree in memory of Marian Ruth (Rigdon) Ponder, please visit our floral store.

Your browser does not support this video format. You should be able to view it in Chrome, Safari or Internet Explorer. 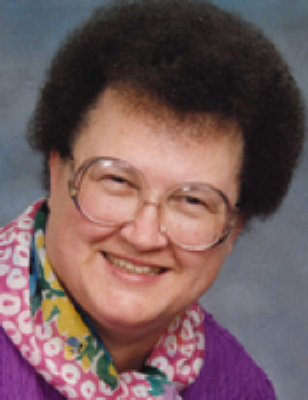